Malyy Imperial,Mramornyy, Nikolaevskiy, Anichkov - go for a walk along the central streets of St. Petersburg and remember the palaces in which the representatives of the royal family lived. 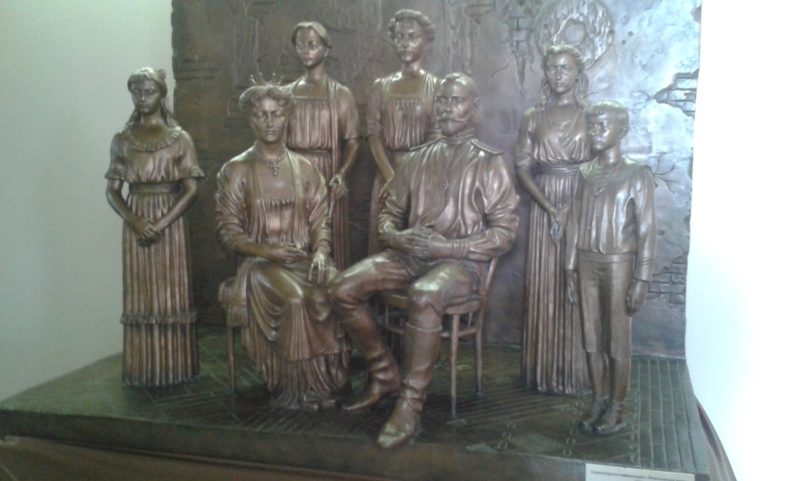 We'll begin our walk with the Dvortsovoy Embankment. A few hundred meters to the east of the Zimniy Palace is the palace of Grand Duke Vladimir Alexandrovich, son of Alexander II. Previously, the building in 1870 was called the "Malyy imperial court." Here, almost intact, all the interiors reminiscent of one of the main centers of secular life in St. Petersburg at the end of the 19th century were preserved. Once the walls of the palace were decorated with many famous paintings: for example, on the wall of the former billiard room hung "Burlaki on the Volga" by Ilya Repin. On the doors and panels preserved monograms with the letter "B" - "Vladimir".

In 1920 the palace became the House of Scientists, and today the building is located one of the main scientific centers of the city. The palace is open to tourists.

A little further on the Dvortsvoy Embankment you can see the majestic gray Novo-Mikhailovsky Palace. It was built in 1862 by the famous architect Andrei Stakenschneider to the wedding of the son of Nicholas I - Grand Duke Mikhail Nikolaevich. The new palace, for the reconstruction of which the neighboring houses were purchased, absorbed the styles of baroque and rococo, elements of the Renaissance and architecture of the times of Louis XIV. Before the October Revolution, there was a church on the top floor of the main facade.

Today in the palace are the institutions of the Russian Academy of Sciences.

Still further on the embankment is the Mramornyy Palace, the patrimonial nest of Konstantinoviches - the son of Nicholas I, Constantine, and his descendants. It was built in 1785 by the Italian architect Antonio Rinaldi. The palace became the first building in St. Petersburg, which was lined with natural stone. At the turn of the 19th and 20th centuries, the great prince Konstantin Konstantinovich, known for his poetic works, lived with his family in the pre-revolutionary years - his eldest son John. The second son, Gabriel, wrote memoirs "In the Mramornyy Palace" in exile.

In 1992 the building was transferred to the Russian Museum.

Not far from the Zimniy Palace on the Admiralteiskaya embankment you can see a building in the Neo-Renaissance style. Once it belonged to the Grand Duke Mikhail Mikhailovich, the grandson of Nicholas I. To build it began when the Grand Duke decided to marry - his chosen one was the granddaughter of Alexander Pushkin, Sofya Merenberg. Emperor Alexander III did not give consent to the marriage, and the marriage was recognized morganatic: the wife of Mikhail Mikhailovich did not become a member of the imperial family. The Grand Duke was forced to leave the country, and not having lived in the new palace.

Today the palace is leased to financial companies.

If you reach the Blagoveshchensky Bridge from Mikhail Mikhailovich Palace and turn to the left, another work of architect Shtakenshneider - Mykolayiv Palace - will appear in front of us on the Truda Square . In him until 1894 lived the son of Nicholas I - Nikolai Nikolayevich the Elder. During his life in the building was also a house church, all the people were allowed to work here. In 1895 - after the death of the owner - the women's institute of the name of Grand Duchess Xenia, sister of Nicholas II was opened in the palace. The girls were trained in the professions of an accountant, housekeeper, seamstress.

Today, in a building known in the USSR as the Truda Palace , there are guided tours, lectures and folklore concerts.

Let's return to the embankment and go west. Halfway to the Novo-Admiralteyskiy canal is the palace of Grand Duke Paul Alexandrovich, son of Alexander II. In 1887, he bought it from the daughter of the late Baron Stieglitz, a well-known banker and philanthropist, whose name was established by the Academy of Arts and Industry. The Grand Duke lived in the palace until his death - he was shot in 1918.
The palace of Pavel Alexandrovich was empty for a long time. In 2011 the building was handed over to the St. Petersburg University.

Embankment of the Moika River, 106

On the right side of the Moika River, opposite the island of New Holland, is the palace of Grand Duchess Xenia Alexandrovna. She was married to the founder of the Russian military air fleet, the Grand Duke Alexander Mikhailovich, the grandson of Nicholas I. The palace was presented to them for a wedding - in 1894. During the First World War, the Grand Duchess opened a hospital here.

Today in the palace is the Academy of Physical Culture named after Lesgaft.

We leave on Nevsky Prospekt and move in the direction of the river Fontanka. Here, by the waterfront, Anichkov Palace is located. He was named after the Anichkov Bridge in honor of the Anichkov family of nobles. The palace, erected under Elizaveta Petrovna, is the oldest building on Nevsky Prospekt. In its construction participated architects Mikhail Zemtsov and Bartolomeo Rastrelli. Later, Empress Catherine II presented the building to Grigory Potemkin. On the instructions of the new owner, the architect Giacomo Quarenghi gave Anichkov a stricter, close to the modern look.

Beginning with Nicholas I, the palace was inhabited predominantly by heirs of the throne. When Alexander II ascended the throne, the widow of Nicholas I Alexandra Fyodorovna lived here. After the death of Emperor Alexander III, the Empress Maria Feodorovna settled in the Anichkov Palace. Here Nicholas II also grew up. He did not like Winter, and most of the time, already being an emperor, he spent in the Anichkov Palace.

Today it houses the Palace of Young Creativity. The building is also open to tourists.

On the other side of the Fontanka is the Beloselsky-Belozersky Palace - the last private house built on Nevsky in the 19th century and another child of Stackenschneider. At the end of the XIX century, he was bought by Grand Duke Sergey Alexandrovich, and in 1911 the palace passed to his nephew - the Grand Duke Dmitry Pavlovich. He in 1917, being in exile for involvement in the murder of Gregory Rasputin, the palace sold. And later he emigrated and took out money from the sale of the palace abroad, thanks to which he lived for a long time comfortably.

Since 2003, the building belongs to the Office of the President of the Russian Federation, it hosts concerts and creative evenings. On some days there are excursions to the halls of the palace.

And walking along the Petrovskomu house on Petrovskaya embankment, you should not miss the white majestic building in the style of neoclassicism. It is the palace of the grandson of Nicholas I, Nikolai Nikolaevich the Younger, the supreme commander-in-chief of all the land and sea forces of the Russian Empire during the first years of the First World War. Today in the palace, which became the last grand duke's building until 1917, is the Representative Office of the President of the Russian Federation in the North-West Federal District.

Visit SPb Tram Museum and have a memorable ride on a vintage tram through the historical attractions.
END_OF_DOCUMENT_TOKEN_TO_BE_REPLACED