What qualities are not attributed to St. Petersburg by rumor! Here and old-fashioned Intelligence, and hypertrophied politeness, and refinement of thoughts, and mystery, and unpredictability, and an obscure glance in the eyes, and a revolutionary spirit ... 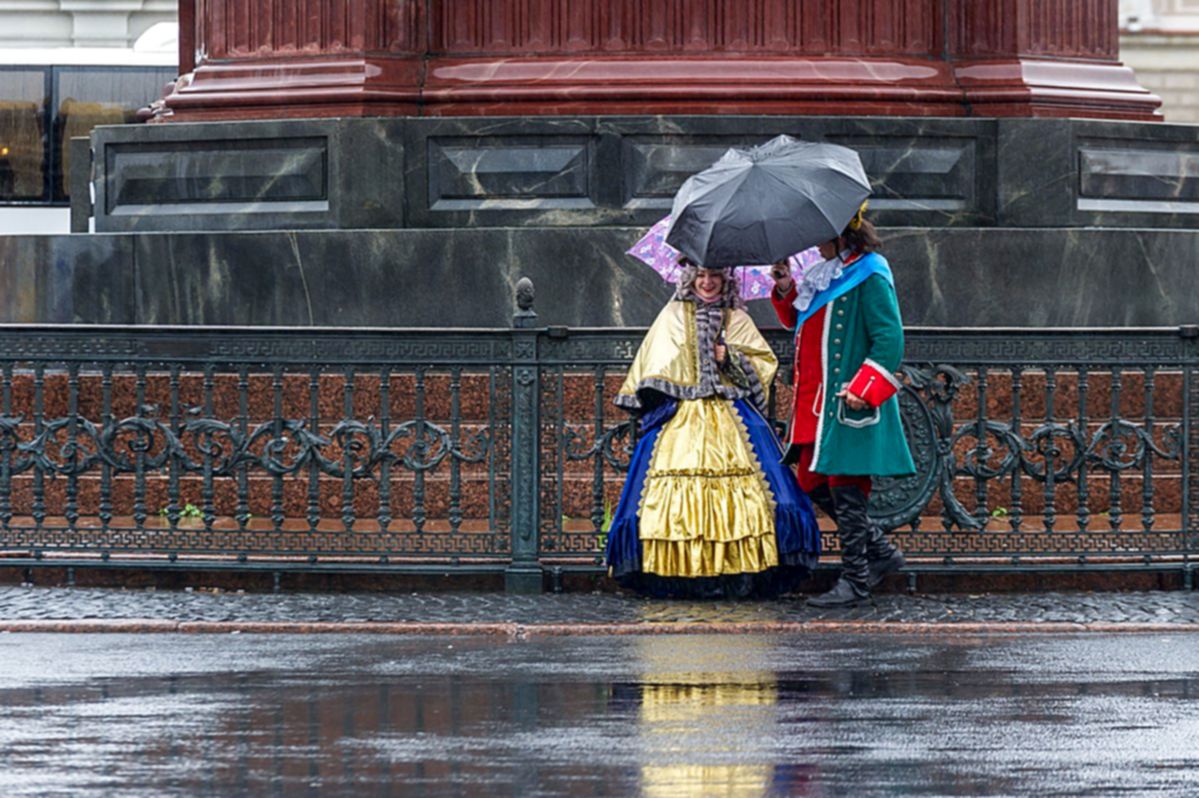 Education and rules of good taste.

In fact, the nature of this Petersburger is rather complicated and even somewhat is contradictory. On the one hand, the bulk of the population is indeed traditionally polite, friendly, here with pleasure they will give the necessary consultation, will show road to the visitor, and if necessary, even spend. On the other hand, at the first acquaintance of Petersburgers can impress a few cold and restrained people who clearly keep distance with a stranger. This is largely explained received upbringing.

Since childhood, a small Petersburger has been persuaded that he lives in a cultural capital and has no right her disgrace. Of course, with age, many prohibitions are violated, and yesterday's timid children become independent and freedom-loving young people, but nevertheless the main The mass of citizens (of course, there are exceptions) is trying to build their lives in such a way that cause a minimum of inconvenience to others. For example, no one, even the most outrageous punk or hung with chains of a warlike metalworker, will not enter the metro with ice cream (you can dirty somebody!) or do not bite seeds or throw beer bottles. Here they still give way to transport in the elderly, disabled and pregnant women women (although old residents still complain, arguing that before the youth was much better educated and jumped at the first approximation of such a person). As far as possible here they try not to make noise again, not to pay attention to strangers, not to climb into other people's conversations, and generally in someone else's life. They respect their own and others' independence. As well as all the northerners, the people in St. Petersburg are rather reserved and balanced.

Therefore, if you want to feel comfortable here, try to observe too the simplest rules of good form and do not behave defiantly. If you still do something is not right, most likely, you will not make a remark (after all, a remark is also a bad manners, unacceptable interference in someone else's life), but simply disapproving (but very expressive) will look.

It is not accepted here to refer to "you" between strangers, so they say only to small children, but to an unfamiliar teenager they can already turn to "you". For in order to switch to "you" after acquaintance, it is desirable to ask permission of the interlocutor, as well as to call it a diminutive name. If you doubt the relevance - better term on "you" and by name and patronymic. In the course of enough ceremonial treatment, the truth, usually pronounced with a somewhat ironic connotation: "gentlemen", "ladies", etc.

Completely different are the same reserved St. Petersburgers in their own environment, in their home environment, among friends and close acquaintances. It is very open, cheerful, hospitable people, many of whom have a wonderful sense of humor. At the end of the XVIII century. ethnographer Johann Gottlieb Georgi claimed in his "Description of the Russian-Imperial the capital city of St. Petersburg ":" Hospitality has an excellent moral inclination
St. Petersburg residents of all classes. " In the same place, he noted that in thiscity "everyone, even the strangest person can easily find several similar friends. " This remains relevant and for today's Petersburg.

Purely in the domestic aspect, a typical Petersburger is quite unpretentious and does not chase after pomposity or luxury, whether it is a home, food or your own appearance. You may well lead to a shabby porch, an old communal apartment or an apartment with lagging behind the wall paper, and the company gathered there will feel very comfortable and comfortable. To dear pathos restaurant, the St. Petersburger will most likely prefer modest "budget" institution. And not because he does not have money, but simply because he does not sees expediency in this. In clothes the same thing - sophisticated glamor delights cause It's not jealousy, it's laughter, and glossy impeccability is just a bad taste. Here it is customary to dress so, as it is comfortable for the person himself, most people in the streets prefer ordinary jeans, while managing to look stylish and modern.

The absence or lack of money here is not a blemish that needs to be concealed and done a good face for a bad game, but the boast of high incomes - definitely moveton. A true Petersburger does not aspire to devote his whole life exclusively to earning and accumulation of money, but here it is not accepted and thoughtlessly to spend it. Here it is considered that frank throwing money on unnecessary luxury - this is from the evil one. Even those with finances are all excellent, they prefer not to scatter them without use, but carefully and meticulously study the assortment of the store or restaurant menu, before deciding on something. In short, in all respects a practical, rational and within the framework of the European tradition.

In political terms, Petersburg is distinguished by traditional democracy. It is known that Petersburg always votes not like Moscow or other parts of Russia. There is a big support the democratic opposition, and often vote "against all." Probably, influenced and the fact that in Soviet times, Leningrad was not the capital city of black hats, leather coats and white mufflers, the city of the Politburo and the Central Committee, so he did not have much time soak in the "party spirit". In St. Petersburg high educational level, this city science and
military-industrial complex, engineers and inventors, writers and artists - in a word, self-thinking people, who all have their opinions.

Visit SPb Tram Museum and have a memorable ride on a vintage tram through the historical attractions.
END_OF_DOCUMENT_TOKEN_TO_BE_REPLACED