What's worth to try in St. Petersburg

In May, the smell of fresh cucumbers is hovering over the city. In fact, the so-called, fresh, and sea- smells like fresh smelt, a small Baltic fish from the salmon family. The appearance of trays with smelt means for residents of St. Petersburg the long-awaited arrival of this spring. Smelt - seasonal fish. The period of its spring fishing is short, and thereforeeager to enjoy for future use. 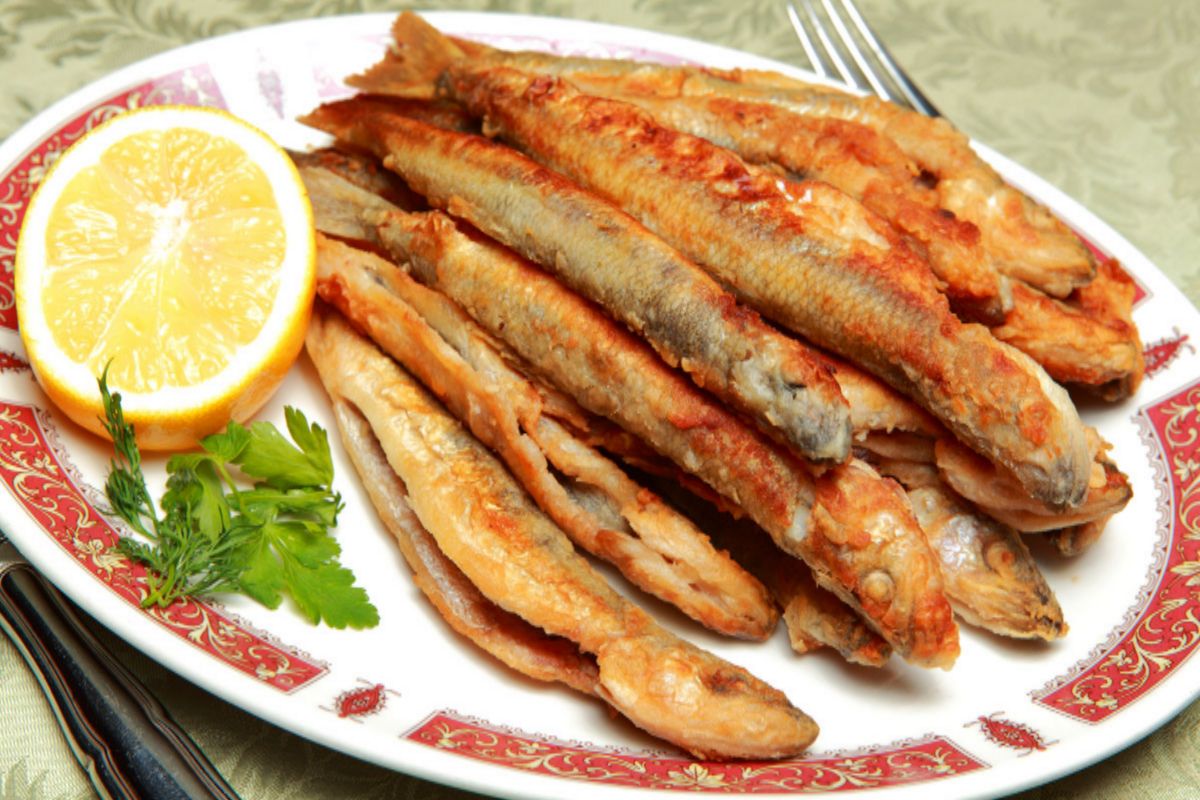 Smelt is a real St. Petersburg delicacy. There are a lot of cooking recipes for this simple, but beloved townspeople small fish: smelt stew, boiled, jerky, with
greens in white sauce, marinated and baked ... But the most traditional way preparations - to roll in flour, salt and fry, closely packed in a frying pan - until now remains the most popular. Eat it crispy with a heat with a heat, you can even with bones, they are very small. In St. Petersburg, the smelt is eaten without garnish, like sunflower seeds, It is completely impossible Break away from the dish, if it has at least one fish. This Petersburger in the spring should at least once eat a fried smelt.

Petersburg is sometimes called the beer capital of Russia. It was here at the end of the XVIII century. production the beer took on an industrial scale. Since then,Petersburg firmly holds a palm tree behind him beer championship - every fifth bottle of domestic beer is bottled here. At Several major brewing companies, known throughout Russia and its limits. Here, not only traditionally prepare a delicious beer, but also know how and love it use. According to statistics, for each resident of St. Petersburg over 16 year old per year account for about 80 liters of intoxicating beverages. The most popular beer brands in the city local producers - Baltika, Stepan Razin, Nevsky, Vasileostrovsky, "Bochkarev". Every year in June the city hosts the St. Petersburg Beer Festival.

In the city pancakes are very common - quick service enterprises, where they serve mostly pancakes with different fillings. Usually pancakes suggest traditional cuisine, democratic environment and low prices. The most popular pancake networks in
Petersburg are the "Teaspoon", "At the mother-in-law on pancakes", "Teremok", "Pancake, Donal'5". Highly it's nice to eat a big, puffed up pancake after a dank Petersburg weather. It's even interesting to watch the process of making pancakes. On a huge hotplate pancake poured out, which is smeared with a special device, then a pancake turns with a clever professional movement, folds in two, baked in addition, and it is filled in the filling. Fillings are for every taste, both sweet and unsweetened.

Pancakes are a typical fast food in St. Petersburg, an excellent alternative to hamburgers. Tasty and patriotically.

This rarity of the Soviet era is still loved by citizens who have been remembered since childhood, with the parents after the Hermitage or DLT (the House of Leningrad Trade), went to famous pyshechnuyu outside Zhelyabova, 25, where, having stood a long line regaled Golden crisp with pyshki , generously sprinkled with powdered sugar. To the pyshki took "coffee from a bucket" (coffee with milk, which was actually brought from the kitchen in a bucket and poured into an electric teapot ). And let it be many years, the political the street, Zhelyabova Street again became the Great Konyushennaya and the DLT is closed for long repairs, but the townspeople are unchanged in their love for the pyshki. It's to the pyshki , not to donuts - so is called in St. Petersburg this popular delicacy, famous for its cheapness and satiety. In St. Petersburg, you can try the buns in different places (about 60 the city institutions ), but the main cult institution is still the Pyshki in the DLT.

The gastronomic map of the city is sometimes no less remarkable than the cultural or historical. Features of St. Petersburg cuisine and some of its differences from the classical Russian kitchens are explained primarily by the geographical location of St. Petersburg and its proximity to Europe. A large role in its formation was played by foreign cooks Peter I was mostly Dutch and Germans, under Elizabeth Petrovna - Swedes and The French, and by the beginning of the XIX century. - French and English).

Due to its traditional cosmopolitanism, St. Petersburg the current fashion for national cuisine. Now here are very popular oriental restaurants, in mostly Japanese and Chinese. Italian food is very relevant. Generally, in the city you can find institutions for every taste - Georgian, Central Asian, Mexican, Greek, Thai etc. There are quite a few purely Russian restaurants, but due to their specificity the main contingent there are foreign tourists. Due to these same circumstances, it is better not to look for where to eat at Nevsky Prospekt. There you will find mainly, with rare exceptions, crowded with people fast food, questionable bistros and network establishments. Take a few steps to the side, and on adjacent to the Nevsky streets you will find wonderful restaurants and cozy cafes. One from examples of such restaurant streets can serve Rubinstein Street, which provides a rich gastronomic choice - Italian restaurants "Macaroni", "Sardina", "Happiness", "Leonardo, the Spanish "Barslona", the Mexican cantina "Tres amigos", Cuban "Oh! Cuba », Thai "Pug", sushi bar "Japan", the so-called "restaurant of travelers"
"Rubinstein", steakhouse "Bufaao", bars "Telegraph", "Prohodimets", Moaaie's,cafe-bars "Apron" and Soiree Lounge Bar, "Soa" coffee house, tea house "Tea house", jazz bar "48 chairs »and others. Now St. Petersburg is experiencing a real restaurant boom.

Every week only in the center of the city there are 6-7 new cafes, restaurants and bars. Most establishments is designed for visitors with an average income and a broad outlook.

Visit SPb Tram Museum and have a memorable ride on a vintage tram through the historical attractions.
END_OF_DOCUMENT_TOKEN_TO_BE_REPLACED