Sapun-mountain, where in June 1942 there were fierce battles for Sevastopol, underground catacombs in Kerch, from which the guerrillas made guerrillas, the Mamayev Kurgan, drenched in blood hundreds of thousands of Soviet soldiers ... In honor of the anniversary of victory in the Great Patriotic War we tell about places of military glory in 12 cities and one fortress, which for bravery and courage was awarded the title of hero.

The Battle of Stalingrad is one of the most bloody in the history of mankind. It was held under the motto of order No. 227 "Not a step back!" and was the most important turning point not only in the Great Patriotic War, but also in World War II. The main symbol The Stalingrad victory was "height 102" - the Mamayev Kurgan, during the battle, repeatedly passed from the Soviet troops to the Germans and back. It is not surprising that the memorial complex in memory of dead soldiers it was decided to build on this hill.

The construction of the memorial began in 1959 under the guidance of the architect Vuchetich and ended in 1967. The main element of the ensemble is a giant 85-meter monument "Motherland Calls!" This is one of the highest (at the time of construction - the highest) statues in world. It took 5,500 tons of concrete and 2,400 tons of iron structures to make it. A statue is located on the pedestal basement, but most of it is hidden underground, because of which gives the impression that the Mother-Motherland stands bare feet on the hill. From the foot The monument has a beautiful view of the entire Mamayev Kurgan, the Volga and Volgograd itself. Minsk, the mound of glory

The mound of Glory is located on the site of the famous "Minsk Kettle", where in July 1944 in surrounded by a 105-thousand grouping of German troops. The operation was called "Bagration" Three Belorussian fronts-the 1st, the 2nd, and the third, the Baltic Front and the partisans, immediately followed it.

From the encirclement, the Germans tried to break out repeatedly, but all their efforts were in vain. 35 thousands of soldiers and officers and 12 generals of the Wehrmacht during this operation were captured. 17th July 1944, many of them took part in the famous "Parade of the Defeated", which walked through the streets of Moscow. St. Petersburg, Museum "Breakthrough of the Siege of Leningrad"

The Museum-Reserve "Breakthrough of the Siege of Leningrad" stands near the village of Marino. It is here 12 January 1943 began a massive shelling of fortifications of the enemy (the Germans themselves considered this place impregnable). He was followed by a large-scale offensive, as a result which on January 18 the blockade of Leningrad was broken.

The museum consists of several parts - the diorama, the complex "Nevsky Piglet", Sinyavinsky heights and the very site of the breakthrough of the blockade, where on January 18, 1943, units Leningrad and Volkhov fronts. 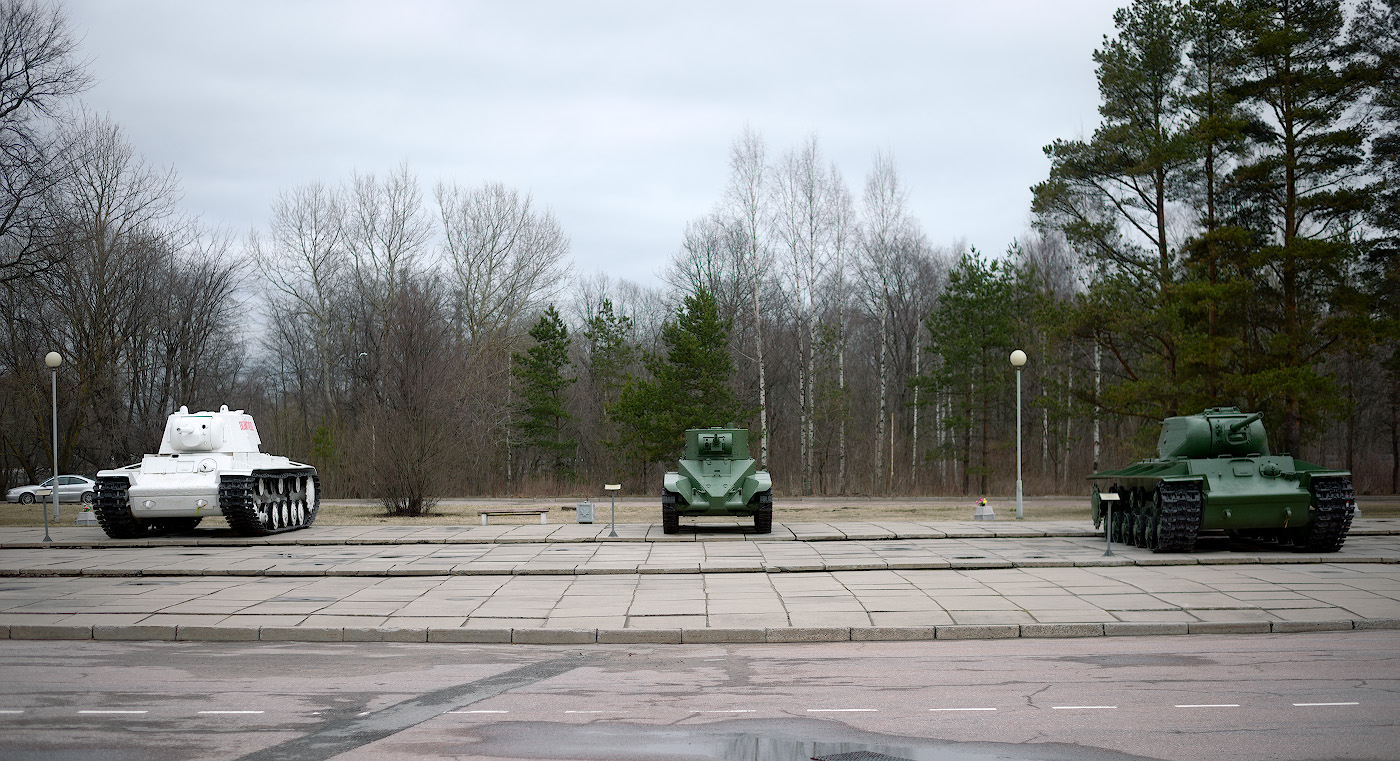 This memorial was erected almost 30 years after the end of the Second World War. Exactly at This place was the legendary 411th coastal battery, which in the first months of the war defended the city. When it became clear that Odessa could not be kept, the battery was blown up, and personal the composition was thrown on the defense of Sevastopol.

Today on this site there is a memorial complex: a museum, an exhibition of military equipment, a battery of coastal defense and an oak park. The most interesting exhibits are the "tank" NI ("On fright "), actually a former armored turret, which instead of a gun was welded an ordinary water pipe, a tram that traveled along the "Odessa-front" route, armored train and submarine "Malyutka". It was here, on Sapun Mountain, June 1942 fierce fighting for Sevastopol, and in May 1944 - for the whole region. In the 42nd, the Germans broke through to the Crimea to place their own air base and to penetrate further into the Caucasus, to oil resources. And every time they met fierce resistance of the Soviet troops: at that time it was one of the most fortified places in the
world.

Now on the famous peak is a memorial of military glory. Here, a 28-
meter obelisk (in cloudy weather it seems that it goes straight into the clouds), at its foot Eternal flame burns, and on the memorial walls are carved the names of the fallen soldiers and the names fought here parts and units. Here you can see the traces of trenches and trenches, grassy craters from shells and bombs. Murmansk, Memorial to the "Defenders of the Soviet Arctic"

During the Great Patriotic War, Murmansk was regularly exposed to German
bombing. Hitler sought to capture a city that had an important strategic
meaning: it was an ice-free seaport bound by the railroad with Leningrad. After the offensive on land failed, the Nazis began to attack Murmansk from the air.
Sometimes the Germans made 15-18 raids a day. The city was dropped tens of thousands incendiary and high-explosive aerial bombs. Of the 2,830 buildings in the city, only third…

On the Murmansk hillock called the Green Cape during the war there were two anti-aircraft batteries, covering the city from the air. Today on this hill towers a huge warrior in a cloak-tent and with an automatic weapon on the shoulder, known in the people as "Alyosha". His opening was held in 1974. The soldier is calm and strict. His gaze is directed towards the Valley of Glory - where in 1941 there were fierce battles with the enemy. For four months the Soviet army fought for the liberation of Ukraine. The Kiev operation was the main milestone in the offensive of 1943. In honor of her in May 1945, it was decided to declare the territory next to the village of Novye Petrovtsy, where the most fierce battles were held, military-historical reserve.

Now on the area of ​​9-odd hectares there is a permanent exposition of military equipment: tanks T-34, guns, antiaircraft guns, howitzers. They can not only be seen, but also touched, and even climb to understand how these huge machines were operated. Also preserved here real trenches and dugouts. Visit SPb Tram Museum and have a memorable ride on a vintage tram through the historical attractions.
END_OF_DOCUMENT_TOKEN_TO_BE_REPLACED